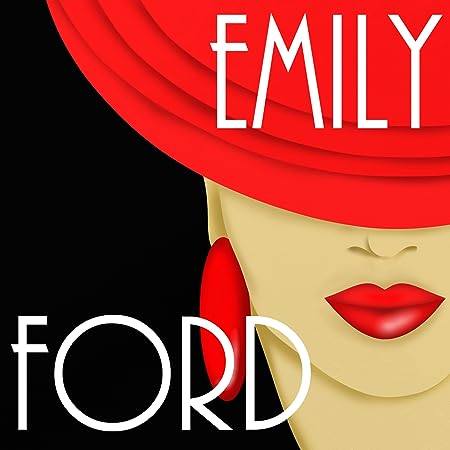 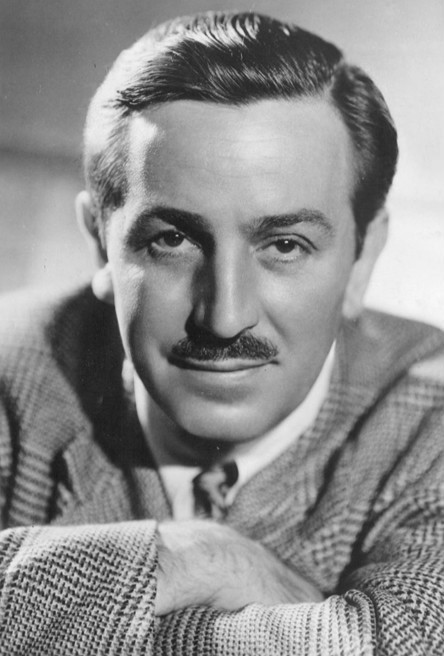 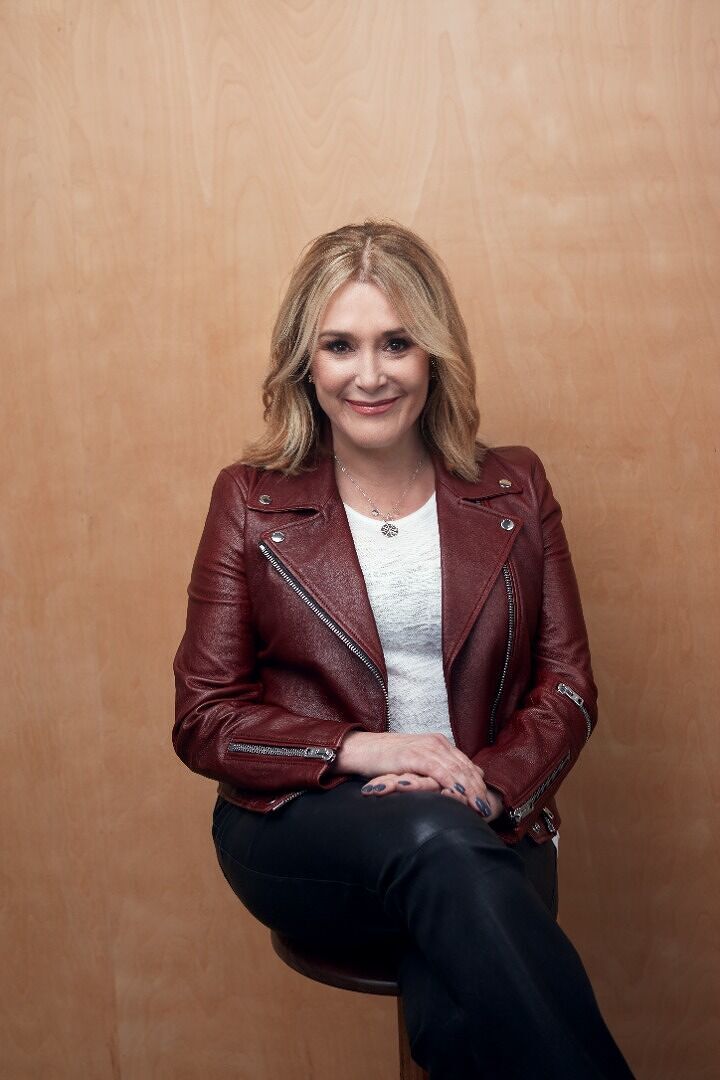 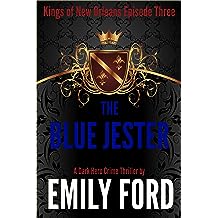 Then, we learn about the birth of Johnny Justice, the Blue Jester, and how he came to be a police officer, Brazilian Jiu-Jitsu expert, and pursuer of justice. As the most caring and disciplined member of the group, Johnny values law, honor, and justice over all else. His high morals and respect for human life prevent him from killing, but he struggles with his own paradox of being an officer of the law by day and a vigilante by night.

The Jesters aggressively hunt down those responsible for the bombings in the city, only to make a frightening discovery: one of their own is responsible. Meanwhile, Johnny fights a losing battle to hold Detective Jenkins at bay while also trying to keep his true identity safe.

The Gold Jester officially breaks away from the rest, forcing his brother, the Red Jester, to join him, a move that escalates the strife between them as the Red Jester still feels obligated to help the others and to support the French Quarter King’s mission.

The hidden threat that has eluded them all finally reveals itself. The source of the most active criminal activity in New Orleans turns out to be a deadly underground organization hidden under the guise of a legitimate sporting event: Mixed Martial Arts. The Jesters, and Detective Jenkins, finally discover what’s happening and realize they’re in for the deadliest challenge they’ll ever face.
Leia mais
Outras edições: : Capa Comum 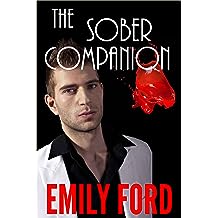 The Sober Companion (English Edition) 26/04/2015
Emily Ford
( 2 )
R$9,16
Fans of True Blood and Elementary can have their cake and eat it too. Emily Ford presents a classy, clever, unique love story set in a society still raw from the Human-Vampire War of the 1960's. Human oppression of vampires is considered the new norm, but things begin to change when a powerful group of live blood drinkers plan a political upheaval of the status quo.

For Vampire-Americans to become legal citizens in America, they must successfully complete 6 months of live blood rehab followed by 6 months of 24/7 observation by a sober companion.

Elias Alexander, a legendary thousand year-old vampire of celebrity status, decides to give up his illegal vampire lifestyle in order to fit in to American society. After spending his entire life waiting for his true love, Elizabeth, to continually reincarnate due to a witch’s curse, only to keep dying in her 25th year of life, Eli is losing hope that he will ever be able to hold on to her permanently.

Eric Wayne claims to hate vampires and is court ordered to work as a sober companion to avoid prison time for his violent act against one. Hiding his own self-destructive addiction, he is assigned to the celebrity vampire who he comes to admire as they develop a deep bond that transcends mere friendship.

When Eli determines Eric to be the modern day reincarnation of Elizabeth, he is faced with the most difficult decision of his life. He must choose either to save a mortally wounded Eric by turning him into a vampire, or to let him die in hopes Elizabeth will reincarnate again in her original form.

The definition of love is put to the ultimate test as Eli and Eric struggle to fight for what is right amid a hostile world of oppression and corruption, meanwhile learning to depend on each other to survive. 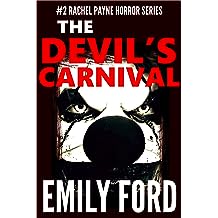 The Devil's Carnival (The Rachel Payne Horror Series Book 2) (English Edition) 12/02/2015
Emily Ford
( 1 )
R$2,75
Rachel Payne’s training as a demon hunter begins with a crash course in demonology and hand-to-hand combat. Father James has no choice but to expedite her initiation as the Sonoma County Fall Carnival is beginning. The underground demon hunting network, operated by the church, needs Rachel to help track down a demon that annually possesses humans in order to abduct and murder innocent patrons of the carnival. What Rachel doesn't realize is just how dangerous the work is, and her involvement puts herself and her family at risk. And, Rachel and her sister are reunited with Ansel, an old family friend. With an odd familiarity about him and a secret revealed by the demon-possessed clown, Rachel is close to discovering a deadly family curse.
Leia mais
Outras edições: : Capa Comum 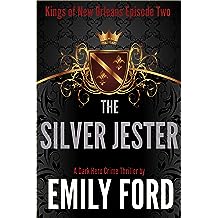 In Episode Two, we meet Army Ranger Clayton Fury, a.k.a. “The Silver Jester.” His background in Special Ops hand-to-hand combat render him equally matched to the Black Jester’s lethality. But his transgressions in Iraq haunt him and he struggles with PTSD as he learns of his new mission in New Orleans: Rose White. Neither Hell nor high water will stop him from getting to her, and he is prepared to wage war on anyone standing in his way. The Black Jester may have met his match in both ruthlessness and purpose and the question becomes: will they team up for Rose’s benefit, or will they destroy each other?
Meanwhile, hostage Rose White gets an inside view of the Gold Jester’s mind, and learns about the Kings and the birth of the mission. In the process, she becomes self-aware of a burning inner desire to join the Jesters’ fight against corruption and atrocity.

And, a frustrated Detective Jenkins struggles to digest his involuntary meeting with the Jesters and feels even more compelled to bring them down, but decides not to discount the Jesters’ warning that a lethal entity within the city’s government seethes with corruption. 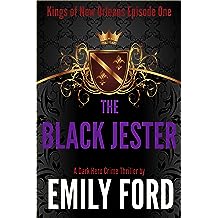 The Black Jester (Kings of New Orleans Book 1) (English Edition) 20/08/2014
Emily Ford, Lizzy Ford
( 2 )
R$3,04 R$49,35
The Kings of New Orleans are viciously fighting for control of the city, sending the crime rate skyrocketing. Among them, a benevolent doctor called the French Quarter King uses his resources to employ colorful Jesters to achieve his mission. Having groomed them from scared boys into strong, confident, dangerous men, their talents in mortal combat, law enforcement, and political leadership serve their King well. As victims of a horrific crime committed while Hurricane Katrina raged against the city, the Jesters didn’t realize their fates would be sealed on that chaotic August day in 2005. Now, over 10 years later, their King’s operation is in full swing.

In Episode One of the series, we learn about Michael Vengeance, a.k.a. “The Black Jester.” Michael’s expert skills in Mixed Martial Arts, Brazilian Jiu-Jitsu, knives, and Chinese throwing stars elevate him to the most lethal member of the team. Subject to violent mood swings due to his identity disorder, the other Jesters struggle to keep him in check while they enact their duties.

The Black Jester becomes the police’s main suspect in the murders of dozens of shady businessmen in the city. On the run and scared, a young woman named Rose White finds herself caught up with the vigilante and entangled in the perilous power struggle within the city. The Black Jester’s instinct to protect the young woman may cause her more harm than good as he struggles to reconcile his personalities.

To the misfortune of the Jesters, one man catches a glimpse of their operation. Detective Ron Jenkins of the New Orleans Police Department is able to tie Rose to the aggressively hunted vigilante. He must determine her role in the situation in hopes he can find out who the Black Jester is before the body count reaches epic proportions. 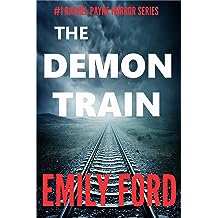 The Demon Train (The Rachel Payne Horror Series Book 1) (English Edition) 08/08/2014
Emily Ford
( 3 )
R$3,04
Rachel Payne is on her way to start a life new. Divorced, childless, and penniless, Rachel has nothing to show for her life, and nothing to lose. The 51-hour train ride from Chicago to San Francisco proves to be the most dangerous trip she’s ever taken. Plagued by nightmares and unable to eat or sleep, she begins to think she's losing her mind. Then, she and six other passengers become trapped in a train car by a sadistic, demon-possessed man. Rachel is faced with betrayal and death as the demon reveals the passengers' deadly sins and threatens to kill them all. Armed with only an innate ability to identify the demon for what it is, Rachel endures the first of many horrors that will inevitably consume her life.
Leia mais
Outras edições: : Capa Comum 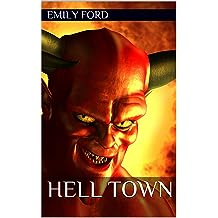 Hell Town (English Edition) 03/10/2012
Emily Ford, Lizzy Ford
( 2 )
R$2,06
Ghost hunters from a reality television show are called to investigate an abandoned opera house in small town Hillsboro, Ohio. They discover that the town is experiencing a growing number of gruesome murders. The investigators become tangled in the midst of the carnage, only to realize that they are the last thing standing between the town's people and Hell. Will they stop the ultimate demon from destroying the town, or will they make a fatal mistake and unleash Hell?
Leia mais
Outras edições: : Capa Comum
Voltar ao início
Conheça-nos
Ganhe dinheiro conosco
Pagamento
Deixe-nos ajudar você
E não se esqueça:
© 2021-2022 Amazon.com, Inc. ou suas afiliadas